The social distance requirement in the curbing of the spread of the corona virus is a major challenge in public schools in Kilifi county after the resumption of learning after the outbreak of the COVID-19 pandemic.

Assistant county commissioner Kikambala division Ahmed Mohamud said public schools are faced with the shortage desks for pupils and students to be able to keep the social distance.

He refuted claims there is a perennial shortage of teachers despite the re-opening of schools in the area.

“In the next one week the government will be able to address the shortage of desks in the county,” he pointed out.

Mohamud said the county government is strictly adhering to the observing of COVID-19 pandemic protocol as per government directive.

He spoke when he accompanied Rural Electrification and Renewable Energy Corporation board chairman Prof Simon Gicharu during his fact finding tour at Bodoi Primary School in Kilifi south constituency in Kilifi county.

The local administration officer said both teachers and pupils are observing the health protocol despite challenges.

Mohamud told journalists he acknowledges the perennial water problem in the learning institutions in the area.

He said the local administration has opened a whatsapp group to get a daily brief on the back to school process in the area.

“The local administration carries a daily inspection of learning institutions and liaises with teachers before compiling their report,” he pointed out.

The school deputy headmaster Collins Kai Mwangudza told journalists they are managing despite challenges after the government directive on re-opening of leaning institutions.

He pointed out social distance is a major challenge the school is facing after the re-opening of public schools.

“The limited numbers of desks and the acute shortage of water are a challenge at the school,” he said. 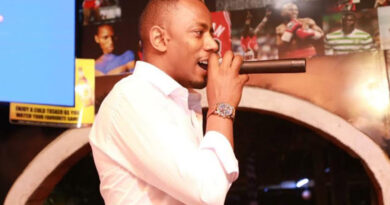