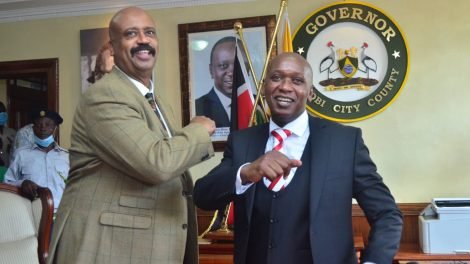 The confusion surrounding the swearing-in of Ann Kananu as the substantive governor continues to reign after it emerged that there is a plot to have speaker Benson Mutura continue serving as the acting governor beyond the 60-day constitutional requirement.

The Times is in possession of an advisory legal opinion sought by the Nairobi City County Assembly on the way forward after the High Court stopped the swearing-in of Ann as the Nairobi Governor pending the hearing of a petition filed by the Law Society of Kenya (LSK) and Kenya Human Rights Commission (KHRC).

Following the court ruling,the assembly through the office of the clerk is said to have written to Okatch and partners advocates in pursuit of legal opinion on the matter.In their response to the assembly,the law firm as advised that speaker Ben Mutura will be within the scope of court orders by serving as the acting speaker while Ann continues to serve as the bonafied Deputy Governor.

“ With the swearing in of Anne  kananu Mwenda suspended, it follows that the status quo in terms of the gubernatorial position of Nairobi City County is maintained.This simply means that the Ag.Governor continues to act as such up until the time that the honorable court will order otherwise,” reads part of the legal opinion.

The opinion has also been copied to the County Secretary and the county attorney respectively for consideration.

The Times further understands that the clerk of the assembly Edward Gichana wrote back to the law firm to distance himself from the contents of the letter, noting that he is not aware of any such decision emanating from the assembly.

In a letter dated 2oth January,2021, Gichana  notes that the assembly has no business engaging in matters affecting the executive.

“Reference is made to your letter Ref.0&p/1014(r) 2020 dated 19th January, 2021 on the above subject matter whose contents are noted and not familiar to me,” Gichana wrote back.

He however advised the law firm to contact the County Attorney on the same issue to offer guidance “because the matter is off public interest,”

According to Okatch and partners advocates, the court was not keen to compound the leadership in Nairobi hence ruled that the status quo be maintained. “The status quo as at yesterday the 18th day of January, 2021 was that the speaker was the acting governor while Ann Kananu was the deputy governor,” the opinion further reads.

But observers opine that this could a well calculated move to have Mutura remain at the helm for a long time as the matter plays out in court. This could attract more legal queries even as pressure mounts on the state and courts to ensure that the law is followed to the later amidst all these confusion.

“If you are Mutura and you have tested power then you wouldn’t mind playing some games to remain at the helm,” a source who talked in confidence to The Times noted.

In the short period that he has been in charge as the acting governor, Mutura has already appointed new members to the Liquor and Licensing Board and reappointed former education CEC Janet Ouko to the cabinet in the same capacity.

Critics of the move argue that Janet should have been vetted afresh by the assembly because she resigned from duty.

It will be interesting to see how things will unfold in the long run considering the  court directed that the matter surrounding the swearing-in of Ann Kananu  be forwarded to the acting Chief Justice Philomena Mwilu who is expected to assign the case to a bench of an un-even number of at least three judges.

“Pending further orders of a multi bench and with the view of maintaining the prevailing status quo, a temporary injuction is hereby issued restraining the respondents, their agents and or servants from swearing in as Governor of Nairobi County pending hearing of the application,” reads the court order.

Anne Kananu was hurriedly vetted and sworn in as Deputy Governor eliciting mixed reactions among Kenyans, political parties, activists and lawyers alike questioning the legality of the process.

Law Society of Kenya President Nelson Havi told Citizen TV that “the swearing in of Anne Kananu amounts to a coup upon the constitution. We are going to court.” 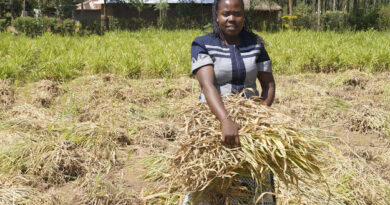 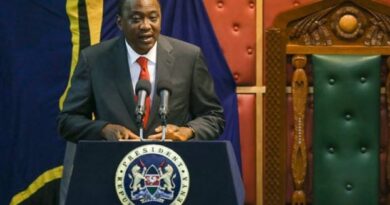 President to deliver State of the Nation Address on Thursday 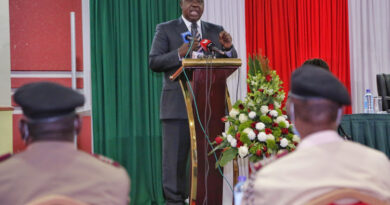