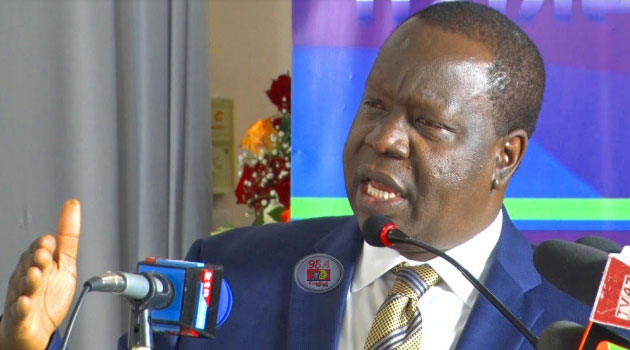 A few days ago, one of the mainstream media [read The Standard] published a story that the preparations by the Abagusii leaders to crown cabinet secretary [CS] Fred Matiangi as the community’s elder were almost complete.

When I read this piece, two questions came to my mind. Were they grooming him to succeed President, Uhuru Kenyatta? Was he Uhuru’s preferred candidate?  I am persuaded to believe the answer was YES.

There is no doubt the CS was rated as the best performing CS and his loyalty to the President was unquestionable. Every time the media sought his comments, this would be the response.  My work is to help His Excellency the President to deliver on his pledges outlined in the Big Four agenda. Uhuru means well for our country. He wants to leave behind a good and memorable legacy. Let us support him.

The CS has also been enjoying a cordial relationship with ODM leader Raila Odinga. On previous occasions, the duo would share the same podium while presiding over public events in Gusii land.

Raila would always shower him with praises. I worked with him when I served as the Prime Minister. You have a great man here. Given his track record, I want to assure you that he is poised for greater things.

In his responses, the CS would always weigh his words. This is because he knew the law did not allow state officers working in the Executive to engage in active politics.

I have been hearing his critics peddling this narrative.  If he opts to run for the presidency in 2022, he will not win because he has never run for the presidency before. The same argument can be used that DP Ruto also stands no chance. The DP is currently perceived to be a solo frontrunner. He is eyeing the top seat for the first time.

Given this scenario, the CS could also pull a surprise if Uhuru and Raila back his candidature in 2022.

Sometimes back, we heard the President saying. My choice in 2022 would surprise many. This would be interpreted to mean the DP and ODM leader were not in that folder. Reason? If he opted to support one of them, you would not call this a surprise.

Besides Matiangi, many believed that the ANC leader Musalia Mudavadi was also the man to watch. Reading the body language of the President, he considered him to be a leader who can also steer this country to greater heights of shared prosperity and success.

Uhuru’s faith in the CS took a new height when he elevated him to chair cabinet sub-committee meetings, coordinate and supervise the implementation of the national government projects and Programmes. The DP was initially in charge of these dockets and so his allies would not take lightly the CS elevation.

In the Kenyan context, a serious presidential contender needs to first mobilize and rally his entire community behind his candidature. By winning the trust and confidence of the Gusii leaders and the elders, Matiangi has succeeded in this. For now, we are waiting for his crowning.

The CS is a good example of a leader giving back to society. On most of the weekends, he traversed the counties of Kisii to preside over fundraisers in aid of churches, hospitals, schools, and helping needy cases. He has also been supporting similar projects in other parts of the country.

When he was not running, Raila used to play the role of the kingmaker very well. In 2002 polls, for instance, he endorsed and rallied his troops behind the candidature of Mwai Kibaki and he won the election.

Allow repeating this. For now, Matiangi has not declared he will run for President. But if opts to so, I want to promise him my full support. I have no doubt majority of Kenya would back him. 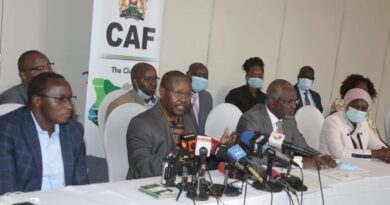 CAF Declares Its Stand on the BBI Report 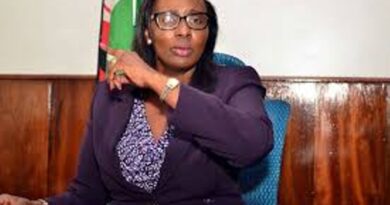 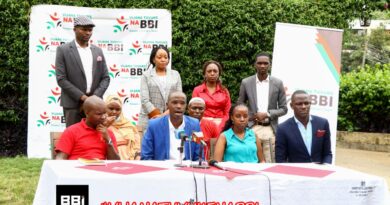