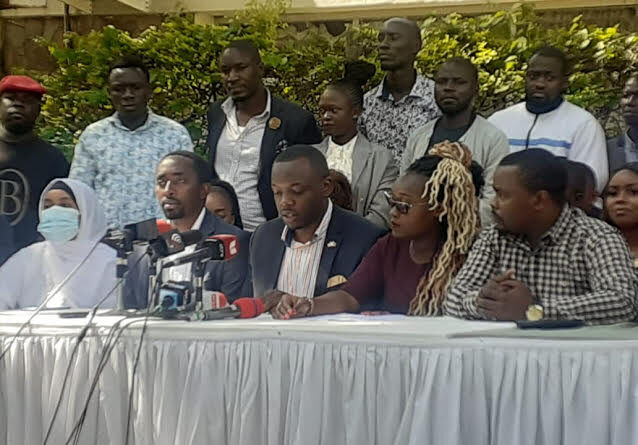 A Section of youth leaders drawn from different political parties and organizations on Tuesday resolved to work closely with the proponents of the Building Bridges Initiative that birthed the Constitution of Kenya Amendment Bill (2020) and ensure that the Bill sails through when it comes to a referendum vote later this year.

Addressing the media from a Nairobi hotel, the youth leaders led by Alex Matere, Third Way Alliance Party Secretary General Fredrick Okang’o, Kenya Universities Students Organisation (KUSO) President and Youth Advocacy Africa (YAA) founder Anthony Imanyara amongst many others asked that all those that are against the initiative are ill advised as the BBI will greatly benefit Kenyans especially the Youth and all need to support the process.

‘BBI contents will greatly benefit the youth. The proposal of the foprmation of a Youth Commission to deal with youth issues is very welcome as that will ensure the joblessness amongst young people is dealt with,’ they said.

The youth leaders were categorical that Deputy President William Ruto should come out clean and oppose the document than going round the country castigating sections of the document.

‘Deputy President William Ruto should come out and oppose the BBI once and for all. He opposed the 2010 constitution and he was floored by majority of Kenyans. We will go to every corner of the country and ensure that the youth understand BBI and embrace it,’ they further said.

They appealed to President Uhuru Kenyatta and his BBI co-proponent Raila Odinga to ensure that the youth are in the team spearheading the popularisation of the process across the country.

‘We are the future of this nation so we need to be part of this process,’ they further said.

However, The Service Party leader Mwangi Kiunjuri on Tuesday said he will not engage in a No campaign against the BBI referendum.

In an about-turn on Tuesday, Kiunjuri, a close ally of Deputy President William Ruto, who has been castigating BBI proponents over the referendum, said the document is 80 per cent good and that they will work to improve it later.

“We shall not engage in a referendum contest. The document is 80% good, we shall work with it and improve it later. Those pushing us to engage in a NO contest will be in for a rude shock,” Kiunjuri said.

Kiunjuri had said BBI report does not address the problems affecting Kenyans and called for more engagements to ensure the needs of the people are addressed.

Previously, Kiunjuri was among a section of politicians from the Mt. Kenya region who said they would fight back in their service to the people.

Kiunjuri and his brigade vowed to face President Uhuru Kenyatta head-on as he works to solidify support for the Building Bridges Initiative initiative (BBI) and his 2022 political agenda. 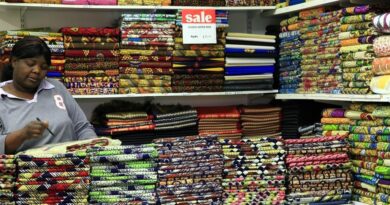 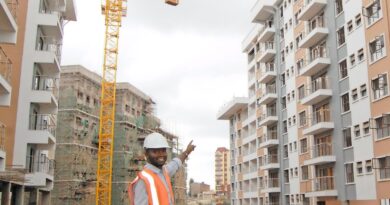 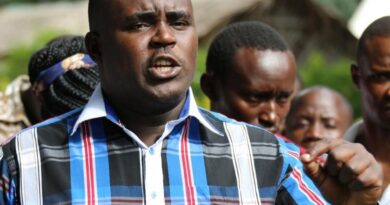