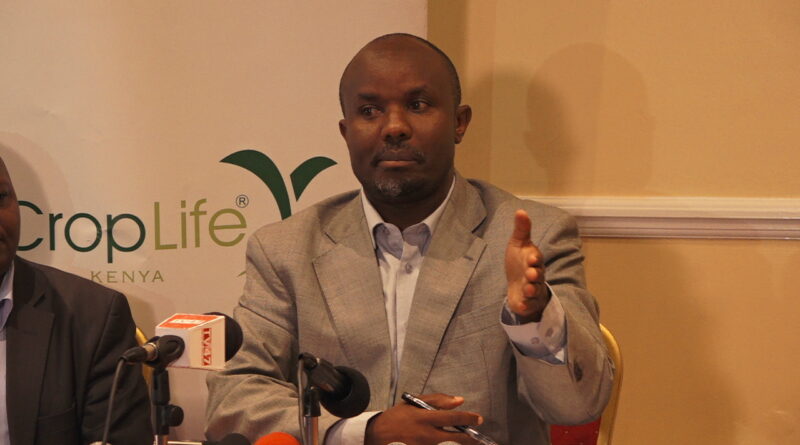 There is a certain state of mind where someone is so sure something is true they consider all information as proof, and ignore everything that suggests otherwise. It’s how the majority of the world’s population believed the Earth was flat long after measurements showed the curve on the planet’s surface and its changing position relative to the sun and stars.

For, when you want to believe the Earth is flat, facts are only an interference.

And so it is with the current fashion for declaring that spraying locusts or any insects that eat part or all our crops is necessarily bad, even when there is no evidence at all that’s the case.

Indeed, so extreme is the anti-pesticide noise that we are in danger of plundering our food output and increasing our dependency on Europe for generations ahead. Some have even have called it the new colonialism, in a mounting battle of ideas around food that is dividing the world, with the United States, Australia – and now the UK and France too – going one way, and the rest of Europe heading in the opposite direction.

Moreover, Europe is determined to line up Africa in its own camp, funding it to ban pest control as a ‘precaution,  just in case it might do damage that no science has shown it does.

Take bees. Bees are pollinators, which means they fertilise many fruits and crops. But in Europe and Asia their numbers have fallen dramatically. The principal cause is a tiny mite that has invaded commercial hives carrying viruses that infect the bees and cause them to die.

Many commentators suggest other factors might be at play in suppressing the bees’ immunity to the viruses. Cambridge University, for instance, has reported that commercial bees, which are different from Europe’s wild bees, have been weakened by their lack of genetic diversity. Moreover, their previous explosion in numbers has seen them competing for resources with their wild brethren and driving many wild bees out of existence too.

Who knows if Cambridge University is right, but it does have some powerful academic credentials.

However, Africa’s situation different. It has far fewer commercial bees, but those it has are related and still intermix with its wild bees. Many scientists have now cited this as the main reason their numbers are not collapsing.

But while this real, fact-based debate goes on, another opportunistic one is underway. Europe’s green movement isn’t interested in mites, or viruses, or Cambridge University’s findings on genetic varieties. The public understands (and sends donations on) simple messages, and what can get simpler than ‘pesticides are killing bees’. So they say it, a lot, blaming the world’s newest class of insecticides, called neo-nicotinoids.

There doesn’t happen to be any science to support that. Take one recent African study funded by the German Federal Ministry of Education and Research (BMBF) on the use and effects of neo-nicotinoid insecticides in African agriculture. It promised a review of all the studies and science on the matter.

Yet, in its first paragraph of a 68-page report, it states: “experience in Europe and America has demonstrated that some agrochemicals – in particular the systemic insecticides typified by neonicotinoids – have serious negative effects on ecosystem services such as pollination”. It says this, because some unidentified parties’ “experiences” is all it has, with not one reference to any scientific study showing that in the entire 68 pages. The US Environmental Protection Agency, meanwhile, once again renewed its approval of neo-nicotinoids in 2020, based on the actual science.

The African study did find one case where neonicotinoids were used to kill mites on cocoa, but killing the mites saw a proliferation of secondary pests the mites normally fed on – so, not neonicotinoids harming pollinators, but the removal of a predator causing new issues.

But the scientists concluded that to review all the literature would be too expensive and that it was better to stop the use of neonicotinoids anyway on a “precautionary” basis.

So, another report that mentions throughout that neo-nicotinoids damage bees without a single piece of evidence to that effect, but which proposes banning, just in case they do, which is exactly what Europe has done, whereas the US is confined to acting on claims that have scientific evidence.

In Africa, the difference these insecticides make to our yields run from 10 or 20 per cent to nearly 100 per cent crop loss without them. But our food comes cheap when you have a foreign point to make.

So it’s up to us whether we want scientific proof that bees are dying from neonicotinoids, of which there is none yet, or to ban them and drop a third of our food production just to show our solidarity with parts of Europe. Because even parts of Europe aren’t for this evidenceless ‘precaution’. France has overturned the EU ban, Romania has, and, within one week of leaving Europe, the UK did too.

So does our food security matter, and do facts matter? They should. 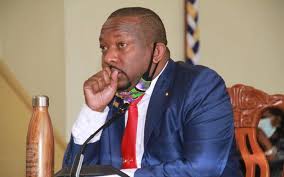 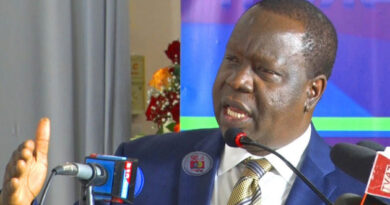 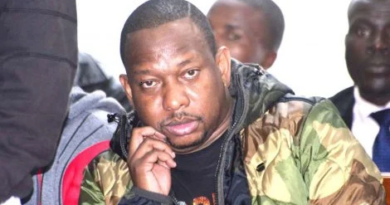 Stop dragging the name of Uhuru into Sonko’s woes