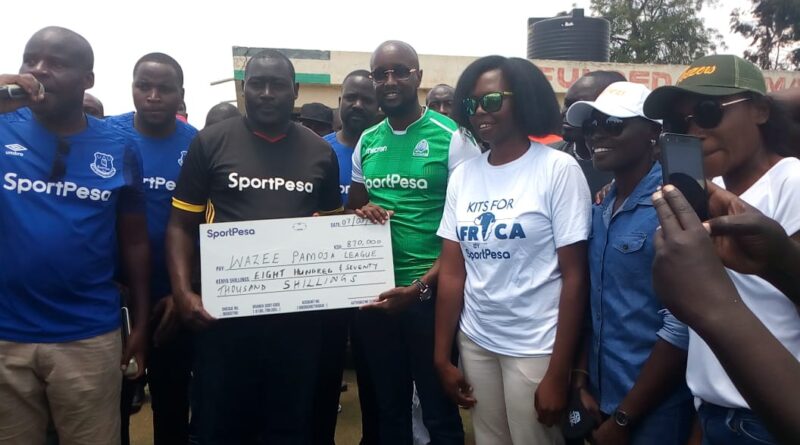 By Fred Maingi
It was cheers, joy and excitement at the Jericho Camp Toyoyo grounds yesterday (Sunday) as Sportpesa Gaming firm made a strong comeback in the football scene after sponsoring the annual Wazee Pamoja soccer tournament to the tune of Ksh. 870,000.

The annual tournament resumed with 10 clubs that include Paradiso from Jericho, Green yard(Buruburu),Cruze(Umoja),Friends Zone(Umoja), and Jambo(Uhuru).

In his address, Sportpesa CEO Captain Ronald Karauri confirmed they are back in the football scene.

“Everybody knows our brand. The investment we made was not by mistake. We bonded very well with all sports discipline. It’s a brand Kenyans trusted. We shall remain active despite the one year interruption which everybody knows how it came about. We are back and hoping to build from where we left. Hii ni kionjo,we are looking for customers to support us and build a better relationship “observed Karauri.

“By the end of this League, he added, we shall look at which areas to focus on “ 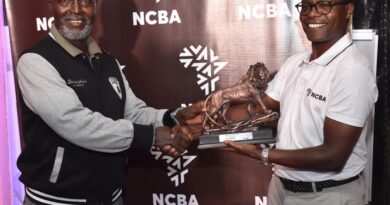 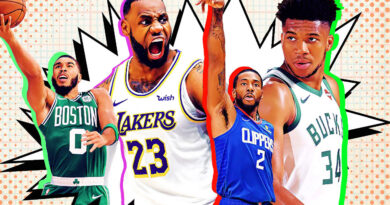