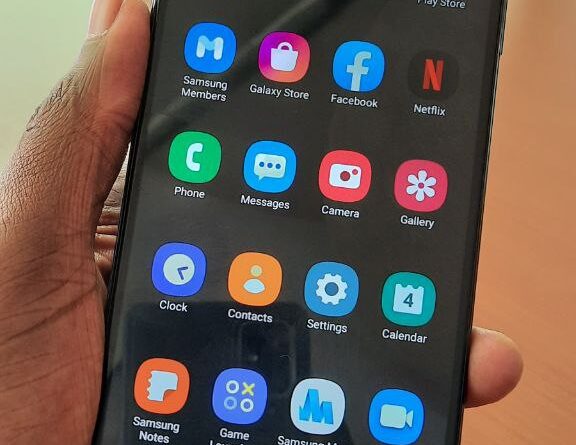 The low budget smartphone market in Kenya is gaining traction with entry of smartphones that contain premium features.

The Galaxy A12 is made mostly out of plastic and has a matte finish. The smartphone is a few millimetres thick but that has to be obvious taking into account the huge battery that the phone has packed.

This device looks good on hand almost difficult to tell it’s a budget entry phone, the smartphone gives you a premium kind of feelings. The device is easy to carry and offers a good grip. Even after using it for long hours, the device was quite comfortable to use.

I have been using this phone for 2 weeks and in my review I realized that the major highlight is its 48MP quad-camera set up, 6.5 HD+ Infinity-V display and a massive 5000mAh battery.

Samsung is famous for its displays and this Galaxy A12 also seems to meet the requirements of users. I really liked the big colourful display its finishing is sleek almost rivaling some mid-range smartphones.

The Samsung Galaxy A12 has a plastic back as you’d probably expect, but as plastic goes it doesn’t look bad. The finishing with a patterned section on the top two thirds, and a matte finish on the bottom third. It makes for a good and slightly unusual look.

The front of the Samsung Galaxy A12 is rather more ordinary though, with a slightly dated (though small) notch at the top of the screen, housing the selfie camera

The rear of the side houses a square-shaped camera module at the back housing four cameras. The LED flash is placed below the camera sensors.

The front of the phone has an infinity display housing the selfie camera at the top.

For the most part it the camera performs pretty well, as long as you keep your expectations in check. Though there is a little issue with its selfie camera in low light places, recording motion, and most other tricky photography situations, but with decently lit scenes you can get decent results.

Galaxy A12 comes with 8MP front-facing camera for video calls and selfies. The handset also comes with a face-unlock feature and I didn’t face any issue while using it. While taking selfies, the images came out sharp and detailed.

Here are some of the photos taken from the A12:

USB Type-C charging port, 3.5 mm headphone jack and the speaker grille are placed at the bottom. The microphone ne is also placed on the bottom edge. Samsung Galaxy A12 has a 6.5-inch HD+ screen with 720×1600 pixels resolution and an aspect ratio of 20:9.It’s an LCD display and not an OLEO one. The handset comes with an adaptive brightness feature and can automatically adjust brightness depending on the surroundings.  The phone is easy to use in broad daylight. It also features a Blue light filter to reduce eye strain.

Memory configurations are plenty ranging from 3GB/32GB up to 6GB/128GB. This gives you more choice in addition to the 1GB increase in the base RAM. The phone am reviewing packed 32 GB of ROM and 3GB ram which is not bad considering it’s an entry level smartphone

Another big upgrade from its predecessor is the battery capacity.

The Galaxy A12 has a 5,000mAh unit compared to 4,000mAh for the A11 so we expect to see a substantial boost in endurance. The 15W charging doesn’t sound amazing. And unlike recent premium phones this one comes with the required charger in the box.

The device takes about 2hours 4o minutes to charge fully this is not too bad considering it’s a phone that will take you throughout the day. For those who are not heavy phone users or gamers it can last up to 3 days.

The phone comes with a wide range of security features fingerprint, pin, password and pattern. Personally I love how the fingerprint has been incorporated into the unlock button such that you can activate your phone while unlocking it at the same time.

On the right side, the Galaxy A12 has volume rockers and a power button with the side fingerprint sensor

The Samsung Galaxy A12 packs in a lot for little money, from its big screen and battery to its four rear cameras, but it’s the price and battery life that are the real selling points of this phone. 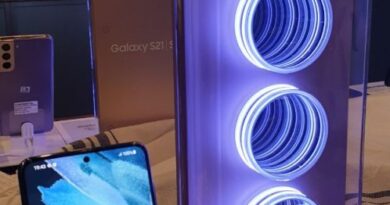 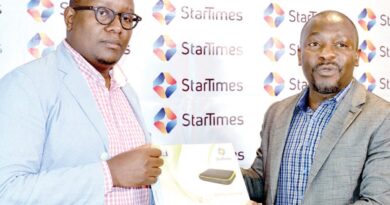 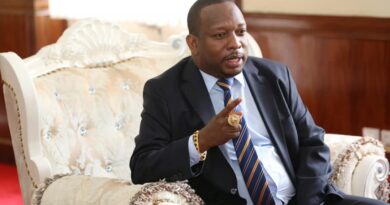