The regulations will ensure that the merchandisers don’t get exploited in the process.

Speaking in a Nairobi Hotel, he has warned of tough penalties to defaulters including a Ksh. 500, 000 fine or three years imprisonment.

Munya has asked counties to station enforcement officers in markets to implement the law.

This follows after the court handed farmers a big win after dismissing a case seeking to block the law on packaging potatoes in 50kg bags in January 2021.

The cases filed by 17 farmers at the high court in Nairobi were seeking to bar the government from implementing section 42 of the Agriculture Fisheries and Food Authority Act.

The Act states, that “to provide for the consolidation of the laws on the regulation and promotion of agriculture generally, to provide for the establishment of the Agriculture, Fisheries and Food Authority, to make provision for the respective roles of the national and county governments in agriculture excluding livestock and related matters in furtherance of the relevant provisions of the Fourth Schedule to the Constitution and for connected purposes”

Munya said perishability of products should not be used by middlemen to take advantage of farmers.

“There is no challenge to the law anymore, cases filed have been finalized and the potato regulations are now in force, we are calling upon all law enforcement agencies, regulators from county and national levels to take the responsibility of ensuring that law is observed seriously,” said Munya.

The county executive member for agriculture in Nakuru Immaculate Maina said that the regulations will cushion farmers in Nakuru and there will be no oppression on roads and at the cess points.

She said for a long time farmers have been forced to repackage potatoes at market entry points in Nairobi or else they will not sell.

“This is so that the farmer gets a fair share of his produce. Right now the farmer is being cheated with the way the produce is being packaged. We have areas that are very notorious like the Wakulima market in Nairobi,” said Mrs Maina. 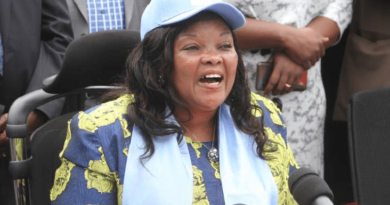 Kavindu wins by a landslide the Machakos Senatorial by-election 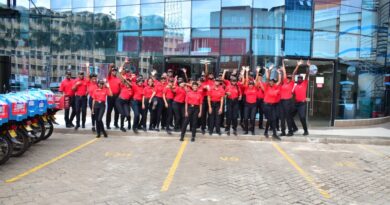