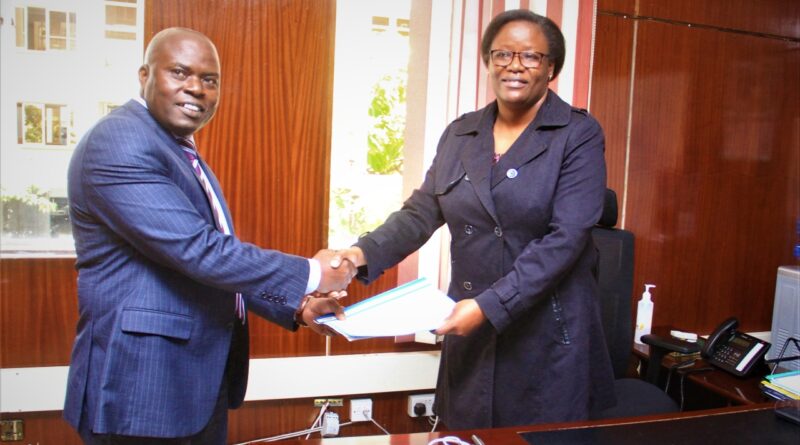 Nairobi residents should ready themselves for yet another dramatic supremacy battle at the city assembly.

This is after the speaker Benson Mutura and exiting clerk Edward Gichana deferred on who should be the official clerk.

The new scenario has been neccitated by the appelite court’s order to Mr. Gichana to vacate office pending the determination of a lawsuit against him.

The court reaffirmed the October 16,2020 ruling by the Employment and Labour Relations court that saw Ngwele kicked out of office.

“… the application dated 5th November, 2020 is allowed and we hereby order that there shall be a stay of execution of the judgment of the Employment and Labour Relations Court (Hon. Lady Justice M. Onyango) dated 16th October, 2020 pending the hearing and determination of the intended appeal to this Court against the said judgment,”reads the ruling in part.

But observers say the current development is a continuation of supremacy and power battle ls aimed at controlling resources to which the clerk’s office is key.

On Monday morning, Speaker Benson Mutura appointed Deputy Clerk in charge of legislative,   Adah Onyango to take over from Gichana in acting capacity.

Mutura wrote to Adah, explaining that the appointment was in compliance with the said court decision.

“In compliance with the said court decision and considering the prevailing administrative circumstances in the County Assembly and the critical functions of the Office of the Clerk in the day to day running of the County Assembly, I wish to inform you the decision if the board in a meeting held on June 7, 2021 to appoint you as the Acting Clerk as we wait the court verdict,” reads the letter in part.

Mutura noted that the court  issued injunction against Gichana from exercising the power, privileges and responsibilities of the clerk, pending the hearing and determination of the intended appeal this creating a vacuum in the office of the clerk

However, confusion reigned when Gichana in another letter directed Deputy Clerk in charge of Administration Pauline Akuku to take over his office in acting capacity.He even handed her relevant office material and said that it was within law for him to hand over office to the right person.

“I wish to inform you that during the period of my absence, you shall pursuant to the provisions of section 21 of the county assembly service act, 2017 take over and perform the functions, duties and responsibilities of the office of the clerk of Nairobi county assembly in acting capacity with effective from June 7 until hearing and determination of the intended appeal,” reads the letter in part.

The double speak from the speaker is what has left MCAs aggrieved with a section of those who are in favour of Akuku now calling on the party leaders and the president to act.

“We are here to tell the speaker of the assembly to follow what the provisions say. Pauline Akukus’ name was forwarded by the board with 3 members voting for her and one against her we don’t understand since when did he stop following the directives of the board,” said Mellab Atemah.

Mary Arivisa added that the speaker is only mandated to take a vote when there is a tie among the board members.

“The speaker is only allowed to vote when the members have not agreed among themselves on a candidate. In this case it wasn’t and thats why we are calling on him to effect the boards choice.”

The confusion at the clerk’s office dates back to the administration of Ex-governor Evans Kidero but persisted during the current regime from 2019.

Former clerk Jacob Ngwele has been at the centre of all the battles.

The assembly’s board declared the vacancy and 11 people were interviewed, including Gichana.

On July 24, Gichana was sworn in as the new clerk but a few days later the court suspended the gazettement of his appointment.

On August 5, Justice Onyango ordered Ngwele to step aside pending the hearing and determination of his 2case this month.

“It was the court’s view that even though Ngwele is the current clerk of the assembly, he should step aside until the case is concluded.

“In the meantime, the deputy clerk currently in office will take over the functions of the clerk until the petition is determined,” the court ruled.

At this point, despite both Akuku and Adah being deputy clerks, Akuku took over in acting capacity, a timely rise for her career in adminstrative affairs.

Things got murky when Justice Onyango ruled that Ngwele’s appointment to the clerk’s office was shrouded in irregularities.

This paved way for Gichana to take over the office as the substantive clerk.

But Ngwele struck again with another court move,this time around he moved to the court of Appeal to challenge the Labour court ruling that had declared him as being illegally in office.

To settle the scores,the courts
issued orders injucting both Ngwele and Gichana from acting as clerk for the Nairobi City County Assembly.

“For clarity both Mr. Edward Gichana Ombwori and Jacob Muvengei Ngwele are hereby injuncted from exercising the powers, privileges and responsibilities of the office, Clerk, Nairobi County Assembly pending the hearing and determination of the intended appeal,” reads the ruling. 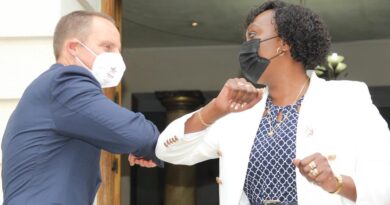 Nairobi roots for development partnership with US cities 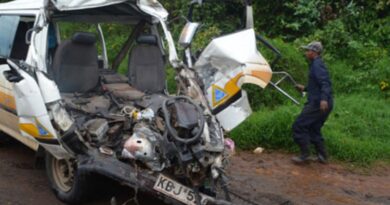 This is how I found out that I was to die into two days, and How I managed to escape it 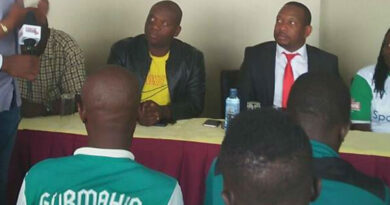